WSWS (2022-12-05). We Are Not Ghouls and The Corridors of Power: Two films probe or fail to probe US responsibility for genocide and torture. wsws.org We Are Not Ghouls is a valuable documenting of the violation of basic democratic rights that US authorities inflicted on its detainees during the "war on terror."

____ (2022-12-05). China inspires world in human rights protection. ecns.cn China's novel ideas, measures and practices in terms of how to respect and protect human rights can offer inspiration for the rest of the world, especially for developing countries, said a new think tank report on Monday.

International Human Rights Day Coalition (2022-12-05). Friday 12/9: Unite and Fight for our Rights, Lives, and planet. indybay.org Gather at the New Federal Building 7th and Mission | March to Powell and Market and Union Square…

Suzanne James (2022-12-05). Unfriendly fire: Are firearms prohibition orders hitting the wrong targets? greenleft.org.au Firearms Prohibition Orders are supposed to target organised crime. But are they just another way for police to search and detain without cause and accountability, asks Suzanne James?

WSWS (2022-12-05). New York City mayor attacks the civil rights of the homeless. wsws.org The administration of New York Mayor Eric Adams, a Democrat, is using new legislation to forcibly remove homeless people whom it decides are mentally ill from the streets.

In the news The proposed requirement for social media platforms to delete 'legal but harmful' content has been partly removed from the Online Safety Bill. While the change affects adult users, the requirement to prevent children being exposed to harmful content remains in the Bill. Culture Secretary, Michelle Donelan, denied that this change was 'weakening' …

_____ (2022-12-04). The Secret Reason The US Is Still In Syria. popularresistance.org Syria has drifted from the headlines, but the U.S. is still stealing their oil, occupying large swaths of their land, and economically obliterating them. | This month, UN special rapporteur Alena Douhan came back from Syria and demanded an end to all sanctions imposed by US and its allies. | In her statement, Douhan said, "The economy is hostage to a protracted economic crisis with growing inflation and frequent devaluation of the national currency" — Basically, most Syrians can do nothing but hope to survive. | These are not fighters, these are not terrorists hurling grenades at Americans. These are comple…

Alastair Crooke (2022-12-03). Alastair Crooke: Europe a VASSAL of the US, Destroying Itself Over Ukraine-Russia War! thealtworld.com Going Underground is back on air for the first time since April, now broadcasting to you from Dubai, the heart of the Middle East! For our return episode we speak to Alastair Crooke, the Founder and Director of Conflicts Forum. | He discusses Europe's and the US' declining narrative hegemony with China, India and Brazil taking their own independent positions on the Russia-Ukraine War, the coming showdown with China and the US using Europe as pawns in heating up the rivalry and attempts, the economic self-destruction of Europe via sanctions on Russia and economic divorce with China resulting in the US plucking non…

A Guest Author (2022-12-03). They want to lead us into war — interview with historic African leader from Mali. workers.org 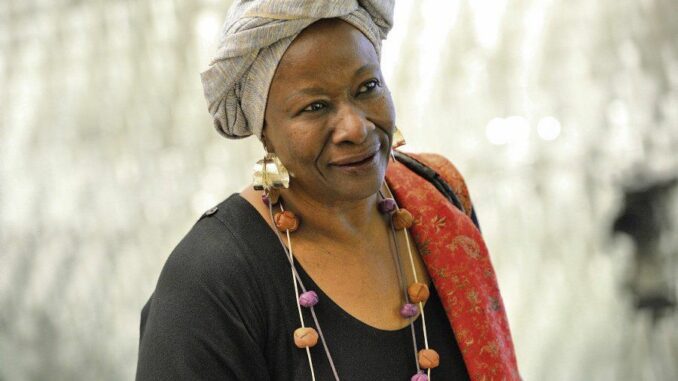 By Raphaà´l Schmeller This interview with Aminata Dramane Traoré was first published Nov. 30 in the German newspaper junge Welt (jW). Traoré is an author, human rights activist and former Minister of Culture in Mali. She discusses the chaos caused by Western states in the Sahel and the interests of . . . |

At least 17 terrorists of ISIS were killed in the southern Syrian governorate of Daraa in November, the Syrian Observatory for Human Rights said in a report released on December 3. | According to the London-based monitoring group, some of the casualties were low or high-ranking commanders of the terrorist group. | Most of the terrorists were killed during a

Staff (2022-12-03). 'Turn Off the Tap on Plastic,' UN Chief Declares Amid Debate Over New Global Treaty. commondreams.org "Plastics are fossil fuels in another form," said U.N. Secretary-General António Guterres, "and pose a serious threat to human rights, the climate, and biodiversity."

_____ (2022-12-03). UN To Observe Nakba Day In Series Of Approved Resolutions On Palestine. popularresistance.org The United Nations General Assembly (UNGA) adopted a slate of resolutions on Palestine and the West Asia region during the 41st and 42nd meetings of its 77th session held this week. | The assembly voted to commemorate the 75th anniversary of the Nakba by organizing a high-level event at the UNGA on May 15, 2023. To this end, "L.24" titled "Division for Palestinian Rights of the Secretariat" was adopted with a recorded 90 votes in favor, 30 against, and 47 abstentions. | The Nakba, or "The Catastrophe", refers to the series of mass atrocities committed by Zionist forces that accompanied the creation of the State o…

San Francisco is Pro-Choice (2022-12-03). Cleverly Executed Demo for Abortion Rights in Top San Francisco Mall. indybay.org Award winning Westfield Mall was already decorated in lights and Christmas colors when demonstrators arrived to "green it up" for abortion rights on busiest shopping day of the year.

WSWS (2022-12-03). Western Australian industrial court threatens to deregister nurses' union after strike. wsws.org The Industrial Relations Commission threat is in line with a broader assault, spearheaded by Labor and the unions, on the basic rights of workers to oppose attacks on their jobs, wages and conditions.

En.mehrnews (2022-12-03). Iran condemns US sanctions at UN BWC Revision Conference. en.mehrnews.com TEHRAN, Dec. 03 (MNA) — Managing director of the Foreign Ministry International Peace and Security Office in a speech at the Ninth Review Conference of the Biological Weapons Convention condemned US sanctions, which he said breach conventions.

En.mehrnews (2022-12-03). Iran sanctions 8 Canadian individuals, entity. en.mehrnews.com TEHRAN, Dec. 03 (MNA) — The Iranian Foreign Ministry has imposed retaliatory sanctions on a Canadian entity and several individuals over their support for terrorism and acts of violence against the country.