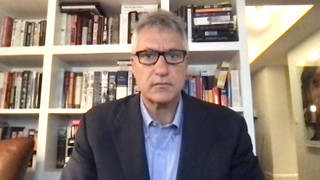 The environmental and human rights lawyer Steven Donziger joins us just before he is ordered to report to jail today, after a years-long legal battle with the oil company Chevron and 813 days of house arrest. In 2011, Donziger won an $18 billion settlement against Chevron on behalf of 30,000 Indigenous people in Ecuador for dumping 16 billion gallons of oil into their ancestral land in the Amazon. Since the landmark case, Donziger has faced a series of legal attacks from Chevron and a New York federal judge, who has employed a private law firm linked to the oil company to prosecute him. Earlier this month, he was…